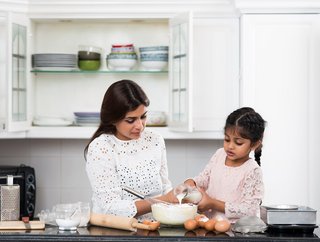 Credit: Getty Images/DragonImages
Research from the Universities of East Anglia (UEA), Birmingham and Brunel found that unpaid household chores are likely to widen to the gender pay gap

Girls and young women spend 40% more time on unpaid housework chores than boys and young men, according to new research from UNICEF.

The additional time spent contributing to housework and caregiving duties has been shown to have a direct impact on women’s later employment, therefore increasing the existing inequalities in the gender pay gap. This is due to the extra weight of chores being carried over to adulthood.

The study conducted by the Universities of East Anglia (UEA), Birmingham and Brunel, followed the lives of 12,000 children aged 8 to 22 from India, Ethiopia, Peru and Vietnam through a longitudinal cohort study of childhood poverty, by analysing the employment participation in any paid work and any sector (including agriculture), type of employment and wages.

Prof Shireen Kanji, Professor of Human Resource Management at Brunel University London, said: “It seems that in comparison to men, women's employment is likely to be driven to a greater extent by lack of choice or by need, and is characterised by fewer opportunities for well-paid, higher-quality employment.”

As girls were more likely to assist in household chores than boys, girls faced disadvantages that linked to greater inequalities, such as access to piped water, which shapes the amount of necessary work, according to UNICEF.

The more time girls spend participating in household chores, the less time they are able to contribute to their education, which jeopardises their future employment prospects.

“Longer hours of unpaid household work that reduces girls' time for study may therefore limit their future lives by constraining employment opportunities,” says Prof Fiona Carmichael, Professor of Labour Economics at Birmingham Business School. “This confirms that the care burden to women of their greater share of household work starts back in childhood.”

However, the study also found that girl’s with families that have higher employment expectations of them from the age of 12, had a higher chance of gaining higher-paid employment by age 22.

Findings were first published in the journal Feminist Economics, under the study, “The contribution of girls' longer hours in unpaid work to gender gaps in early adult employment: Evidence from Ethiopia, India, Peru and Vietnam”.