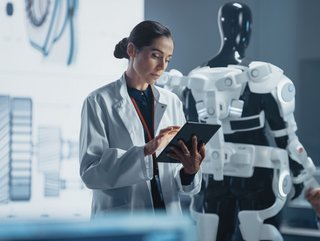 It’s well known that having robots in the workplace can improve efficiency, quality and safety.

Recent research from the University of Pittsburgh suggests that they could also help to redress the gender pay gap.

The findings
The researchers tracked the impact of robots in the workplace across 741 US regions, to discover whether the introduction of industrial robots caused a noticeable reduction in gender inequality. The research spanned many different industries, from the electronics to automotive sectors. It was concluded that there was not only a significant fall in inequality, but the influence of robots extended to the home too, affecting the marriage stability, fertility, and the earning power of men.

The researchers say: “There has been an intense debate on the effects of robotics and automation on labour market outcomes, but we still know little about how these structural economic changes are reshaping key life-course choices.

Increased opportunities
Data from the American Community Survey and the International Federation of Robots were assessed by the researchers, who found that men and women experienced distinct impacts when exposed to robots in the labour market.

An increase of one standard deviation in the exposure to robots tends to harm male career prospects, while decreasing their income, too. As a result, the workforce participation gap is reduced by ~2.1% and the gender income gap is reduced by 4.2%. This provides women with greater bargaining powers and increases the difficulty for men to keep to their current  economic stature.

Although the researchers concluded that robots are not replacing humans, they are causing a ripple effect that businesses should be aware of.