Why we need more women in male-dominated industries 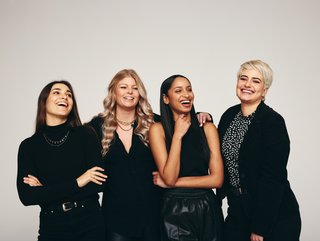 Why is it that some careers have been silently reserved for men? We explore how we can encourage more women to pursue careers in male-dominated sectors

Women are forced to dodge bullets of misogyny, sexual harassment and the beloved ‘man-splaining’ at each turn of the career path, but it goes without saying that some paths have sharper corners than others.

Technology, aviation and construction are just three examples of industries that have seemingly been set up to ensure men thrive, leaving women scrambling to get a seat at the table – or, in aviation’s case, in the cockpit. These industries are examples of occupational segregation, which has been proven to be a major contributor to the gender pay gap.

Of course, there are a number of industries that are predominantly dominated by women – nursing, administration, teaching and clerking, for example. But in this day and age, women should not – and will not – be constrained to these sectors alone.

Although most of us know that occupational segregation exists, there are certain women who are fighting back, pioneering the path to equality for future generations. Our job? To show you exactly what they’re up against.

Let’s start off with the technology sector, which falls under the infamous STEM bracket. Although you don’t have to be a rocket scientist (see what we did there?) to be aware of the almighty efforts being made to close the gender gap, there’s still a long way to go. Women may account for approximately 32.9% of roles in large-scale tech firms, yet only 25% of these are technical roles, according to Deloitte. Likewise, 71% of women report working in a tech company with a strong “bro culture”, while 50% share that they have faced gender inequality, discrimination or sexual harassment.

So, first off, let’s take a peek into life in the aviation sector. In 2021, there were approximately 64,979 female pilots – a number you may think is impressive until you realise it equates to only 9% of the sector. Of this statistic, only 1.42% are captains. Female fighter pilots are also few and far between, totalling only 7.7% of military pilot positions.

And what about the construction industry? Currently, in 2022, only 14.5% of overall construction workers in the UK are female, which is only a 5% increase from the previous year. Women occupy 14% of executive positions in the industry, while only 13% of construction companies worldwide are owned by women. But, of course, it’s not just women who will benefit from increasing the diversity within the sector – companies that employ women have a 25% greater chance of achieving above-average profitability compared to firms without women.

But the world shouldn’t be this way. That’s why, over the next few weeks, we share the stories of three trailblazing women who are changing the construction, technology and aviation industries for the better.