Women lose 55% of wages through the “motherhood penalty” 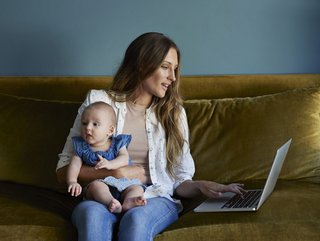 Credit: Getty Images/Klaus Vedfelt
Women in Australia are likely to see their wages more than halve within the first year of having a child, according to research from the Federal Treasury

Women’s earnings more than halve after having children, meaning wages fall by an average of 55% in the first five years of parenthood, according to new research from the Federal Treasury.

The impact, known as the “motherhood penalty”, is primarily believed to be a result of women leaving the workplace or working fewer hours to care for their children.
However, women who remain in the workplace earn 5% less per hour than what they would have earned had they not had children, the report shares.

This disparity was found to be “persistent for at least a decade into parenthood”, and women were impacted by the motherhood penalty regardless of whether they were the breadwinner before having children.

The Treasury also found women face a sharp drop in the probability of employment (approximately 45%) in the year the first child arrives, with only a modest recovery after five years.

Providing support for women in employment

Women who chose to remain in employment tend to see their working hours fall by about 35% across the first five years.

Furthermore, women are more likely to stay in employment if flexible working hours are available to them.

Likewise, the rising cost of childcare and parental leave restrictions, which in Australia, makes it hard for new dads to take more than two weeks off, contribute to the problem.

Kate Griffiths, senior researcher at Grattan Institute says: “A better balance would be achieved through giving families more flexibility around how they access parental leave.”

She adds: “Reducing the cost of childcare is by far the biggest thing governments could do to support women’s workforce participation and give families more choice in how they want to split work and care.”