Gender pay gap: How is the data changing? 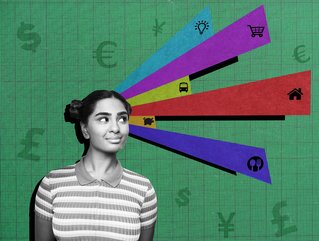 Credit: Getty Images
On average, women earn $0.82 for every $1 that men make – but how has this been impacted recently and how is it being challenged?

On average, women earn 68% less than men for the same work across the world, according to the World Economic Forum (WEF). Even in countries with the least gender parity, women earn an average of 40% less. Although many counties across the globe have laws to enforce equal pay, not all are implemented correctly.

In addition, the WEF estimated that it will take 257 years to achieve pay equality worldwide, therefore making it unlikely that our children’s children will see an equal world.

“Achieving real gender equality — in law, in practice, in the home, and in the economy — is a challenge that this generation must rise to,” says Aaron Holtz, Director for Gender Equality and Inclusion at Global CItizen. “To achieve the UN's Global Goals and to reap the benefits of a more equitable and fair world, society needs to put more value behind the talents and contributions of women and girls.”

Payscale’s 2022 State of the Gender Pay Gap Report, which measures median salary for all men and women, found that for every $1 a man makes, a woman earns the equivalent of $0.82.

How has the COVID-19 pandemic affected the pay gap?

The pandemic disproportionately impacted women in the economic sphere, widening the gap even more.

In fact, recent research has shown that the pay gap between FTSE bosses and the rest of the workforce is at an all-time high after falling during the pandemic. The High Pay Centre think tank saw that FTSE 350 Chief Executives are expected to earn 63 times the average median pay of workers at their companies.

How is the gender pay gap being tackled?

Across the globe, there are a number of organisations and businesses striving to achieve equality for women. Likewise, businesses can prioritise promoting women to leadership roles to reduce the gender pay gap, according to research.

Recently, US Soccer has agreed to equal pay for men and women, after the United States women's national soccer team (USWNT) won a lengthy legal fight. The US has become the first country to achieve this milestone.

Likewise, Airbnb has pledged to a location-blind equal pay model, meaning that staff across the globe will receive flat rates, regardless of their region’s living costs.

Although the gender pay gap is still stark, both the USWNT and Airbnb have proven to be leading examples for other countries, organisations and companies – others must follow suit.