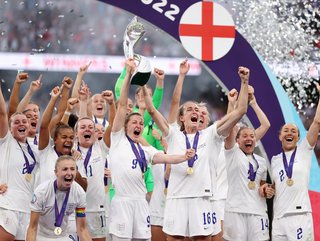 Sprinting down the pitch, Ella Toone scored the first wonder goal, before Chloe Kelly knocked Lauren Hemp corner in the back of the net, securing England’s win in the UEFA Women’s Euro 2022 final.

Together, Toone, Kelly and Russo have created a trio of women that carved England’s name in the history books, finally bringing the trophy home for the nation. But perhaps the most impressive element is that all three players were manager Sarina Wiegman's substitutes – or ‘finishers’ as she and England men's rugby union head coach Eddie Jones have dubbed them.

While celebrating the victory, Lioness captain Leah Williamson said: “I just can't stop crying. With something like this, we talk and talk, and we've finally done it.

“It's about doing it on the pitch, and I tell you what, the kids are alright. It's the proudest moment of my life - until the day I have kids I suppose. I am going to lap it up.

“Every single piece of advice I got was to take every single second in because you're going to want to relive it over and over and I'll be reliving that for a long time. I'm so proud to be English.”

Changing the course of women’s football

Wiegman has not only led her women along the path to victory, but she and her Lionesses have conjured up the same excitement and enthusiasm that Gareth Southgate did, during the 2020 Men’s Euros. Although the men’s team fell at the final hurdle, the Lionesses were in fact able to finish the job off, and raise the trophy.

As the women’s tournament generated the same levels of excitement as the men’s game, it has gone down in history as the most-watched Women’s Euros in history. Before the 87,192 rolled through the turnstiles at Wembley Stadium, London, yesterday (the highest attendance of any European Championship final for both men and women), a total of 248,075 fans had already broken previous records for in-person attendance in the group stages.

Due to the surge in interest, the tournament is being dubbed as a starting point for women’s football, however it has also raised questions around whether the lack of diversity in football has limited marginalised groups from accessing the sport – for example, due to travel, time or money. To counter this, the FA will be launching 60 emerging talent centres across England, with the overall aim of supporting 75% of schools to provide access to girls’ football and 75% of grassroots clubs to have at least one girls’ team.

As more people than ever have supported the women’s tournament, fans have been overcome with pride for the Lionesses’ victory – including the Queen of England. In her praise, she said: “However, your success goes far beyond the trophy you have so deservedly earned.

“You have all set an example that will be an inspiration for girls and women today, and for future generations.

“It is my hope that you will be as proud of the impact you have had on your sport as you are of the result today.”

Grandson Prince William who attended the event, also took to Twitter to praise the squad, writing: "Sensational. An incredible win. The whole nation couldn't be prouder of you all. Wonderful to see history in the making tonight at Wembley, congratulations!” 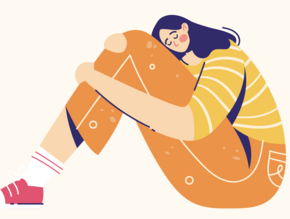 It’s time that employers start taking periods, endometriosis and menopause seriously, understanding that they affect everyone - not just women…